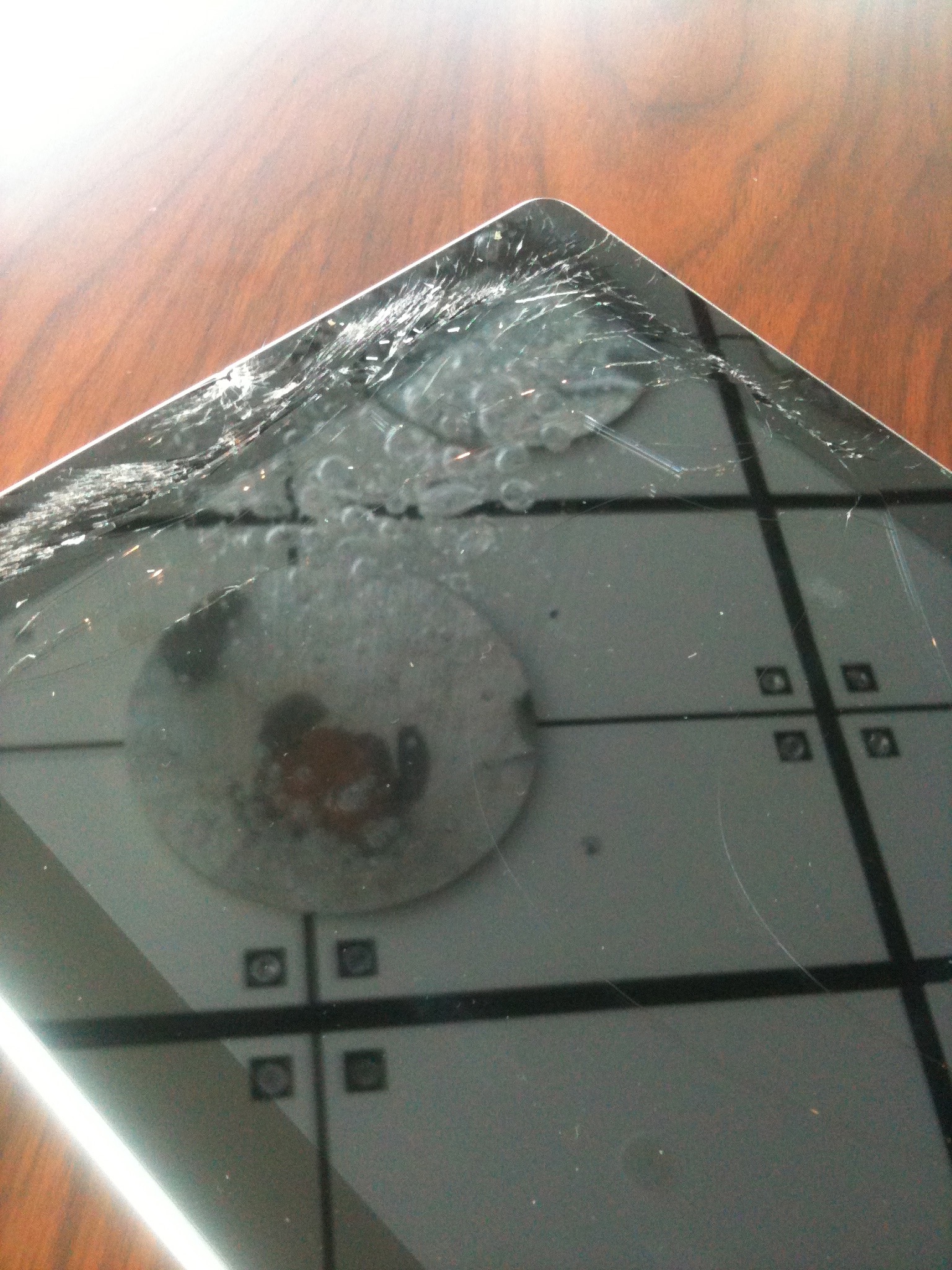 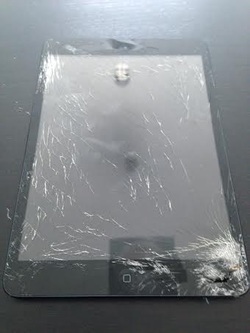 Although it’s the oldest model, I still want to fix it

No problem! Vicki got in touch with us today regarding a cracked iPad 1 LCD and glass digitizer. Her son really did a number on this one. As you can tell from the picture, both the glass and LCD screen have been badly damaged. The cause, believe it or not, was a baseball. Fortunately, it’s still working just fine. Vicki did however, need to find a place in Abu Dhabi that fixes broken iPad screen. She found us online and got in touch with us right away. We set up an appointment with her and repaired her cracked iPad screens in about an hour at her home in Khalifa City A. 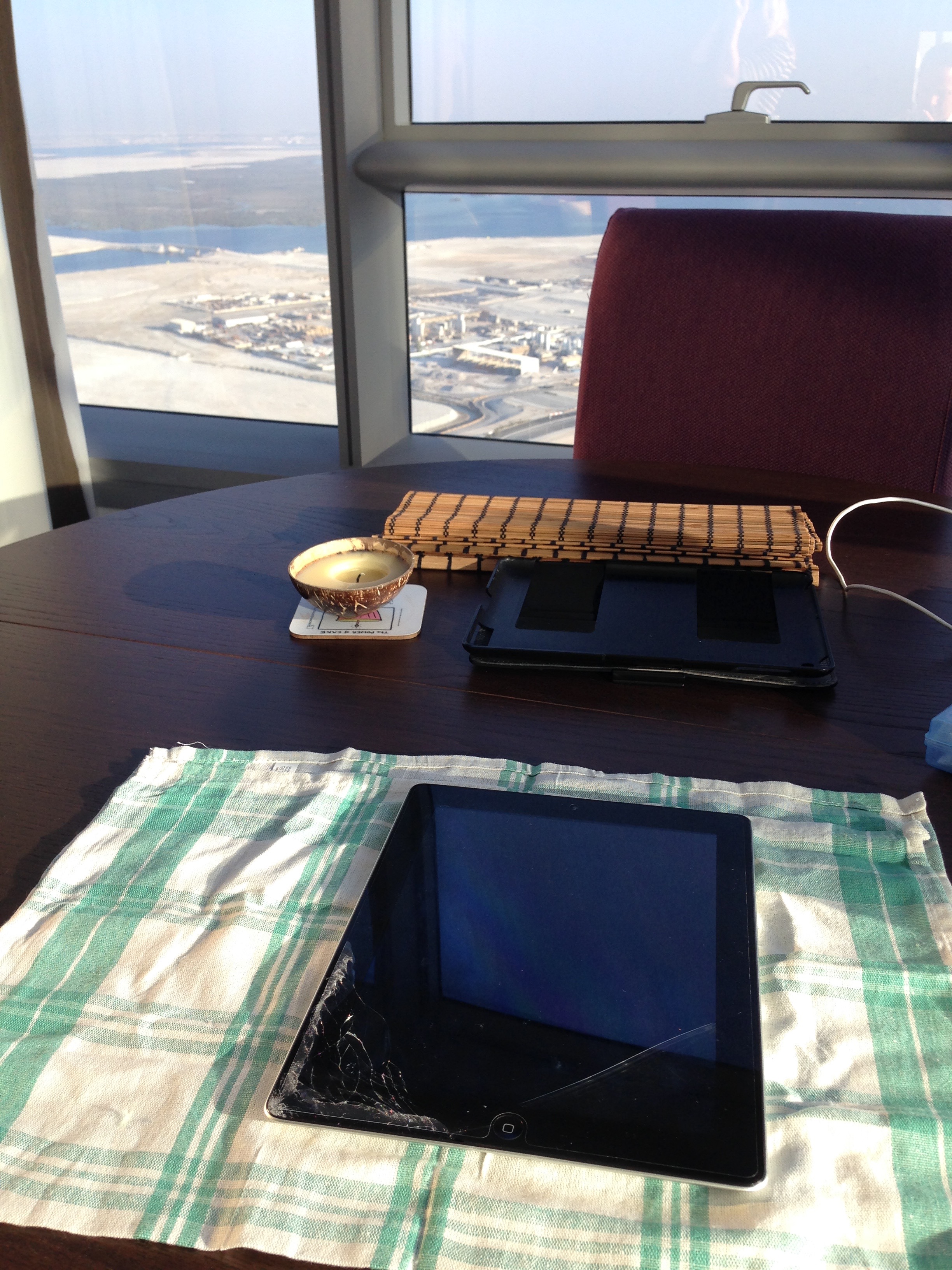 Greg filled out a repair form earlier today saying that he had smashed his iPad 2 when he was playing with his daughter. Before he knew it, his iPad was laying on the floor with a broken glass screen. His daughter only being the tender age of 2, he understood it was his responsibility and not her fault. He was still frustrated, though, knowing that he’d have to pay a fortune to get his iPad fixed in Abu Dhabi. With a little searching around on the web, he found a company that would come to him at his home and repair his iPad screen on the spot for a fraction of the cost it would be to send it away or get it fixed at one of the big shops. We met Greg at his home in Bateen and repaired the broken glass on his iPad 2 in under an hour. Greg was thrilled and promised to keep it far away from his daughter – at least for another year or so.
Next Entries »